A Danish designer with a downtown base, refined her tough-girl aesthetic by treating leather in a way that was both sleek and elegant. 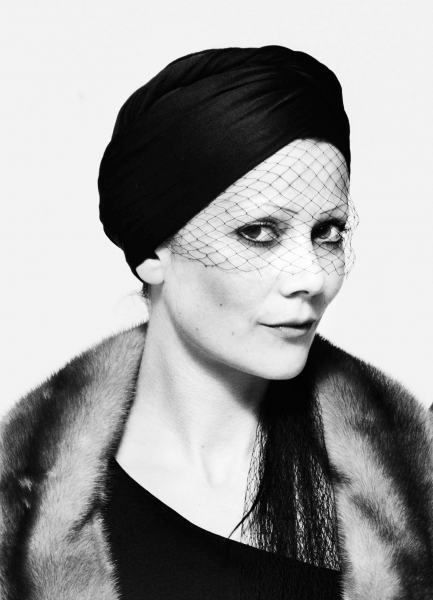 ‘Camilla Stærk, a danish designer with a downtown base, refined her tough-girl aesthetic by treating leather in a way that was both sleek and elegant. Adding black lace gave the outfits that push-pull quality. Ms Stærk, who said she was inspired by the photographs of Robert Mapplethorpe, showed only a dozen looks, including a long, reedy trench coat in mannish gray wool tweed with leather inserts.

What was underneath? Did it matter?
She makes you wonder about the woman.’

Born and raised in the countryside of Denmark, Camilla Stærk studied fashion and textiles at Ravensbourne College in London. The sophisticated, dark romance of her women’s and men’s ready-to-wear, accessories and interiors have earned her the British Fashion Council’s Newgen Award, collaborations with top fashion brands and hotels, and adherents from London to Tokyo to the Americas.

She lives in New York City.

STÆRK was founded in 2000 when Camilla Stærk’s graduate collection – a gentle reappraisal of the gothic through leathers, silks and jerseys – was purchased by top boutiques in Paris and London, introducing a dark new star to fashion’s growing galaxy.

Inspired by the saddles from a youth spent on horseback, David Lynch’s sharp surrealism, and the haunting glamour of old Hollywood and film noir, Stærk began with hand knitted leather clutches and liquid jersey dresses – encompassing a new level of sophistication emerging from New York’s downtown core in the late 2000s. It has since emerged into a global brand, offering a range of women’s and men’s ready-to-wear, and accessories, as well as consultations and collaborations, e-commerce, interior design and furnishings.

Celebrated from the pages of Vogue to Oscar’s red carpet, today Stærk’s work continues to impact those who appreciate the independence of the artist, and the strength of the sensual; Counting among its fans Julianne Moore, Jefferson Hack, Madonna and Karen O.

No matter where STÆRK goes, or is found, it warms the darkness.